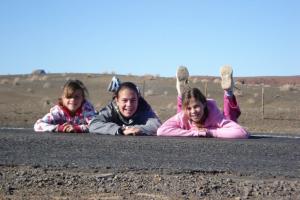 This quote just about sums up my feelings as a mother. Or at least it used too!

From the time our eldest child was about three months old, guilt took up permanent residence in my life. As we had child number two and child number three and they grew older, my guilt also grew – often in inordinate amounts compared to my children’s growth.  I felt guilty that I was too strict, that I curbed their natural exuberance and curiosity because I wanted them to behave perfectly at all times. I felt guilty that I was damaging them for life because of the way I behaved towards them. I felt guilty because I felt I was failing them.

It has always been a huge paradox for me that I could feel like such a failure as a mother and yet have such amazing children!  The two just don’t go together.

Over the years, with God’s help, I have started to overcome some of this guilt and then this past weekend, whilst on a retreat, a lot of my guilt was laid to rest. The focus of the retreat was ‘The foot washing’ (John 13:1-17).

The night before Jesus was betrayed, He and His disciples gathered together for supper and during the meal Jesus got up, took off His outer garments, wrapped a towel around his waist and preceded to wash the feet of His disciples.

This was an act of humility, of servanthood, of love, of care, of generosity, of compassion.

Jesus then said “Now that I, your Lord and Teacher, have washed your feet, you also should wash one another’s feet.  I have set you an example that you should do as I have done for you” (John 13:14,15)

As I read this passage repeatedly in the stillness of the retreat weekend it dawned on me that all three of my children had these attributes – they all have compassion for others, they are generous, they look out and care for the marginalized, they care about the environment and the world they live in  – how can I be such a failure as a mother?

They are committed and prepared to serve others who are in need – where is my failure?

Their father and I have taught them about God and Jesus – why do I think I have failed?

Almost hourly since the time they were conceived, I have thought about them and prayed for them – why do I consider myself a failure as a mother?

(I am not alone in these feelings of guilt.  I have met far too many women who feel exactly the same way I do.)

A deep weight lifted off my heart and my mind as I realised that, actually I am not such a failure as a mother.  Yes, I have made some huge mistakes in raising my children, set them some really lousy examples at times BUT I have always loved them, prayed for them and taught them about their Creator and with God’s guidance and hand upon their lives they have grown and developed into the most amazing, awesome human beings.

It is finally time to lay the guilt at the foot of the cross, to live each day in newness knowing that in God’s grace He will guide, correct and equip me to be the mother my children need and when I do fail, which is inevitable, He will forgive and give me a second, third, fourth chance to make things right.

By labeling ourselves failures as mothers we undermine the awesomeness of our children. 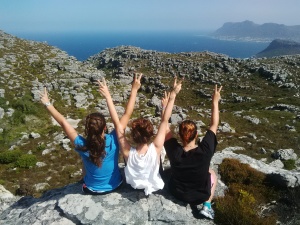 I am a child of God's. I am also a writer. Mother Teresa once said "I am a little pencil in the hand of a writing God who is sending a love letter to the world". My objective is to be one of God's love letters to the world. I can only achieve this through His grace at work in my life.
View all posts by Noelene →
This entry was posted in Children, God and tagged Children, failure, forgiveness, Motherhood, Parenthood. Bookmark the permalink.