COMMIT TO YOUR MARRIAGE BEFORE SAYING “I DO” 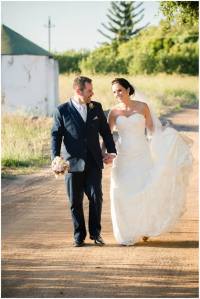 Before you decide to get married think about getting divorced and all the ramifications that divorce brings.

Think about the enormous commitment you are making!

If you are already married and are contemplating divorce then take into consideration how God views divorce.  Don’t listen to what the ‘world’ has to say. Too many children are growing up in families that have been split in two. Too many adults are re-marrying because their first or second or third marriage didn’t ‘work’ out.

“A married person does not live in isolation. He or she has made a promise, a pledge, a vow, to another person. Until that vow is fulfilled and the promise is kept, the individual is in debt to his marriage partner. That is what he owes. “You owe it to yourself” is not a valid excuse for breaking a marriage vow but a creed of selfishness.”

My parents got divorced in 1972.  In a school of over five hundred children, only two families were getting divorced that year – our family and one other.

We have three daughters, two of whom are finished with their school careers.  None of our three children have ever been in a school class where there has not been at least one child from a divorced family and sometimes there have been up to five children in a class of 30 who came from divorced families.  Quite a few of these families have been believing, church going Christians.  How is this possible?

Is it because we, as a church, are too quick to  judge and couples are scared to admit that they have major issues in their marriage?

Or because we, as a church, are too busy with our own lives that we do not have time to spend with couples who are struggling?

Maybe it is because we as a church are not teaching God’s word and His truth about Godly marriage.

And  maybe it is because we as the church do not commit to praying/interceding for marriages.

If you and your partner are believing followers of Christ, imprint this on your hearts and your minds –once married, divorce should not be an option.

“God intends and expects marriage to be a lifetime commitment between a man and a woman, based on the principles of biblical love. The relationship between Jesus Christ and His church is the supreme example of the committed love that a husband and wife are to follow in their relationship with each other.”  ~ John C. Broger

I am a child of God's. I am also a writer. Mother Teresa once said "I am a little pencil in the hand of a writing God who is sending a love letter to the world". My objective is to be one of God's love letters to the world. I can only achieve this through His grace at work in my life.
View all posts by Noelene →
This entry was posted in Godly marriage, Love and tagged commitment, faith, forgiveness, grace, marriage, Relationships. Bookmark the permalink.