PREPARING FOR THE GROOM by Teubes Prinsloo 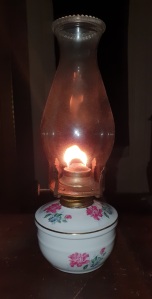 The past few weeks I have received various words from God, which I am prophetically praying over, making sure I understand the context for myself.  Since lock down started I, (like many I am sure) have been asking Him how all this fits into my understanding of the “end” times?
I went with what scripture says and then encouraged my family with the one thing I felt Jesus say:

“I AM COMING BACK BUT THE TIME DOESN’T MATTER”

It was a reminder that He is the Bride Groom and He will come for His bride.

I started praying into the accounts that referred to Him coming as a Bride Groom. I read about the 5 wise and the 5 unwise virgins  – Matthew 25:1-13.
I read about a Father sending invites to all to come to a wedding reception but nobody accepted His invites. I read that he took those from the streets to join in the celebrations. I read of gnashing of teeth and cries of those outside, hard times for those who rejected the invite – Matthew 22:2-14.

In my own heart I started feeling Jesus speak to me about each story. I felt the Holy Spirit say “you see many people are like the 5 unwise virgins, they are running around, enjoying life, saying they know the Bride Groom will come.  Every time I warned them they just laughed, they never learnt to trust Me when I told them they are running on empty, they never filled their ‘lamps’ with oil.  They never looked to Jesus as their sole provider because life was good, but now that the difficult times are on them, they run to those who are like the 5 wise virgins. They are all asking “give me some of your oil , your peace , your hope , your understanding?” But those, like the 5 wise virgins, can`t share what they  have accumulated.

I believe we find ourselves in times where people are “running” after any solution, looking for answers from friends, the government, church leaders, other religions instead of running to HIM who IS the solution. And when He says “I AM THE WAY” they get offended, they scoff at the idea that He can and will supply their needs. They will rather look to man instead of just trusting His word. I believe many find themselves in a position where they thought they knew God, while living a life far from Him. Now they find that they have no solid foundation, they are not cemented on Him as the Rock and the storms are about to break their lives into pieces.

The words Jesus spoke  “For I do not know you” rings loud in many ears who thought they “knew” Him because they “did” all the “good works” which only inflated their ego.  It was never done for Him. We must not try and find solutions for every problem people bring to us, we must refer them to Jesus. They must fill their “oil”from Him personally. The “oil” you have is now not enough to sustain them also. They need to fill their oil now before the real storm hits. These times, I believe, are like a Spiritual Tsunami, the big swell is still coming. People need to learn how to “float” on Him so that when the swell overtakes those that try to run they will be “in” Jesus on top, relaxed in the knowledge that He is in control.

I write this as an encouragement to all of us to lead our friends and our family to the feet of Jesus. Be bold when they ask for help. Do what Peter did in Acts 3.

“One day Peter and John were going up to the temple at the time of prayer—at three in the afternoon. Now a man who was lame from birth was being carried to the temple gate called Beautiful, where he was put every day to beg from those going into the temple courts. When he saw Peter and John about to enter, he asked them for money. Peter looked straight at him, as did John. Then Peter said, “Look at us!” So the man gave them his attention, expecting to get something from them. Then Peter said, “Silver or gold I do not have, but what I do have I give you. In the name of Jesus Christ of Nazareth, walk.” Taking him by the right hand, he helped him up, and instantly the man’s feet and ankles became strong. He jumped to his feet and began to walk. Then he went with them into the temple courts, walking and jumping, and praising God. When all the people saw him walking and praising God, they recognized him as the same man who used to sit begging at the temple gate called Beautiful, and they were filled with wonder and amazement at what had happened to him”

“Gold & Silver I have not”…but I have Jesus..and Him I give to you.

People may look to you for help. Please share and help where God leads, but don`t forget to give them Jesus.

I am a child of God's. I am also a writer. Mother Teresa once said "I am a little pencil in the hand of a writing God who is sending a love letter to the world". My objective is to be one of God's love letters to the world. I can only achieve this through His grace at work in my life.
View all posts by Noelene →
This entry was posted in God, Jesus, Life and tagged #covid19, #endtimes, #God, Jesus. Bookmark the permalink.